Nestled in the heart of Jefferson County, West Virginia, and just an hour's drive from the nation's capital and forty minutes from Dulles International Airport, Ranson is located at the center of opportunity for you to rewind, relax, recreate and repeat.  Ranson is a return to the past and a retreat from the present. Deemed by its founders as the "ideal place for industry and business," Ranson came to life in 1910 as the industrial hub of Jefferson County anchored by a booming manufacturing economy.  As it has for over 100 years, Ranson continues to transition, grow and regenerate while keeping its small town charm.
From the exhilaration of American independence to the struggles of the Civil War, our regional history is both triumphant and tumultuous. Our historic spaces tell the stories of the past.  Our farms, markets and festivals recall a simpler time rooted in small-town familiarity.  Take time to rewind and experience our little part of America's compelling tale.
Ranson is the perfect place to relax and reboot.  Shopping, culture, gaming, horse-racing and recreation in the Blue Ridge foothills are a respite from daily life. From spa treatments to sunset hikes, experience first-hand why John Denver called the Blue Ridge Mountains and Shenandoah River "Almost Heaven."

While visiting we invite you to retrace the route of pre-revolutionary pioneers,  hike the Appalachian Trail, enjoy the scenic beauty of the Blue Ridge Mountains and Shenandoah River, march in the footsteps of Civil War veterans from Harpers Ferry National Park to Antietam National Battlefield and experience the land as George Washington did when he first surveyed our region over two centuries ago.

Thomas Jefferson stated in 1785 that a visit to our area was "worth a voyage across the Atlantic." Given an eighteenth century Galleon took six weeks cross the ocean, this is a pretty impressive endorsement.  We hope you take President Jefferson's advice and visit us - preferably using a more comfortable, less time-consuming 21st century mode of transportation.

The Charles Town Mining, Manufacturing, and Improvement Company played an instrumental role in creating Ranson in 1910.  In 1890, the company bought 850 acres (3.4 km²) adjoining the western and northern corporate limits of Charles Town and commissioned D.G. Howell, a civil engineer and architect, to lay out the town. The largest tract of land purchased was from the Ranson family. The Corporation of Ranson in Jefferson County, West Virginia, was officially incorporated in 1910 when residents decided to form their own town by a vote of 67-2. It was named in honor of Dr. James Ranson, a dentist and farmer living in the area.

The early growth and development of Ranson reflects the late 19th century boom of the Shenandoah Valley and surrounding areas associated with the rise of the railroads, mining, and manufacturing. Early photographs of Ranson show the offices of the Charles Town Mining, Manufacturing & Improvement Company and the Hotel Powhatan, along with a few residential structures nearby. The community grew north from Lancaster Circle. Some of the companies that located in Ranson early on included the Hotel Powhatan, the Goetz Saddlery, the Shenandoah Brass and Iron Works, the Elemer E. Beachley Saw and Planing Mill, the John Farrin Boiler and Machine Shop, and the Vulcan Road Machine Company.

One of the most significant structures to be constructed in Ranson was Hotel Powhatan. This four-story frame Queen Anne structure was located on 3.61 acres (14,600 m2) on 3rd Avenue between Mildred and Preston. The building was designed by "Baldwin and Pennington, Architects" and was built by local contractor, Julius C. Holmes, for $46,500. The hotel opened in October 1891, but by 1900 it had become the Powhatan College for Young Women. In 1913, the college closed and in 1915 it re-opened as St. Hilda's Hall for Girls, a Christian school opened by the Episcopal Diocese under the direction of Maria Pendleton Duval. In 1921, a dormitory was added on property across the street from the original building. This new structure was known as Peterkin Hall and currently houses the offices of Amerigas. In 1931, with the stock market crash, the school closed and was converted into apartments. The original hotel structure burned to the ground on December 11, 1937.

In 1936, the town of Ranson purchased the former Charles Town Mining, Manufacturing & Improvement Company office building from Mr. Getzendauner for $3,000 for the purposes of town hall. In 2003, the City began a multi-year renovation of the entire building, bringing it into the 21st Century. By 1941, Ranson's population was 1,171. Ranson continued to grow and by 1950, the population increased to 1,436. By 1970, the population again increased to 2,189. In 2000, Ranson had a population of 2,951. By 2010, the population was at 4,440, an increase of over 50% in just 10 years. In the 2000s the City Council saw a need to grow its tax and employment base after the unfortunate closings of AB&C Corporation, Dixie Narco and Kidde Fire (Badger Powhatan) and take advantage of the commercial development opportunities along the West Virginia Route 9 four-lane bypass north of Ranson. Thus, the Council annexed several thousand acres, which now host commercial, residential and agricultural uses.

Today, the City is transitioning from a small industrial town, which boomed in the late 19th Century, to a community that blends major corporations with quiet residential neighborhoods and a developing commercial district. Many of the homes date from the turn of the century and reflect styles of that era. Most are unassuming, vernacular, frame or brick, single family, two-story dwellings or one-story cottages. Newer one-story homes, townhouses and apartment complexes have been built on vacant lots throughout Ranson with most new development being on the western and northern boundaries along the Route 9 four-lane bypass.

As in the beginning, Ranson continues to host and welcome business and industry to the community. With the construction and opening of the $425,000 Jefferson Memorial Hospital on October 3, 1948, Ranson began to develop a medical community with many doctors opening offices in and around the hospital. On April 22, 1975, Jefferson Memorial opened its current facility on Preston Street between 3rd and 5th Avenues at a cost of $4.5 million. The current facility continues to serve the residents of Jefferson County. Just outside the limits of Ranson, but extremely important to the community's economy is Hollywood Casino at Charles Town Races. This facility provides employment to over 1200 individuals and generates millions of dollars of taxes to Jefferson County and its municipalities for capital improvements. Thanks, in part, to these proceeds, which began flowing in 2004, the City has been able to purchase police cars and equipment, complete the Mildred Street streetscape project in 2007 adding sidewalks, curb, gutter and benches; renovate and construct parks; and renovate City Hall.

In 2004, the Potomac Marketplace and surrounding the residential subdivisions of Lakeland Place and Shenandoah Springs broke ground and opened. The Marketplace, when completely built, is intended to be a 1,500,000 square feet (140,000 m2) commercial development and includes national retailers and restaurants such as Home Depot, Kohl's, Weis Markets, McDonalds, Chick-Fil-A and Petco.

Ranson is governed by a Mayor and six-member City Council, who each serve four-year staggered terms. The City employs a City Manager who is appointed by Council to serve as the administrative head of government. The City is a fully functioning government with the Ranson Police Department providing 24 hour per day, seven days a week protection to the City's citizens. City Hall is staffed with a Planning and Zoning department, Public Works department, Finance department and Legal department to carry out the functions of government and provide services to the residents of the City. Two volunteer fire departments, Independent Fire Company and Citizens Fire Company, serve the City and provide it with fire protection. Additionally, the City has its own municipal court system. 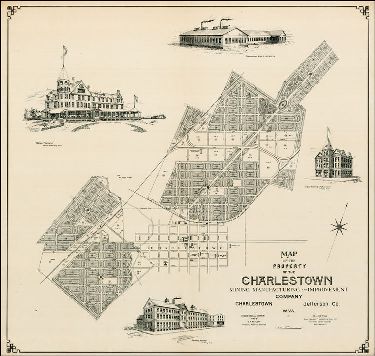 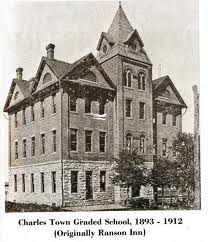 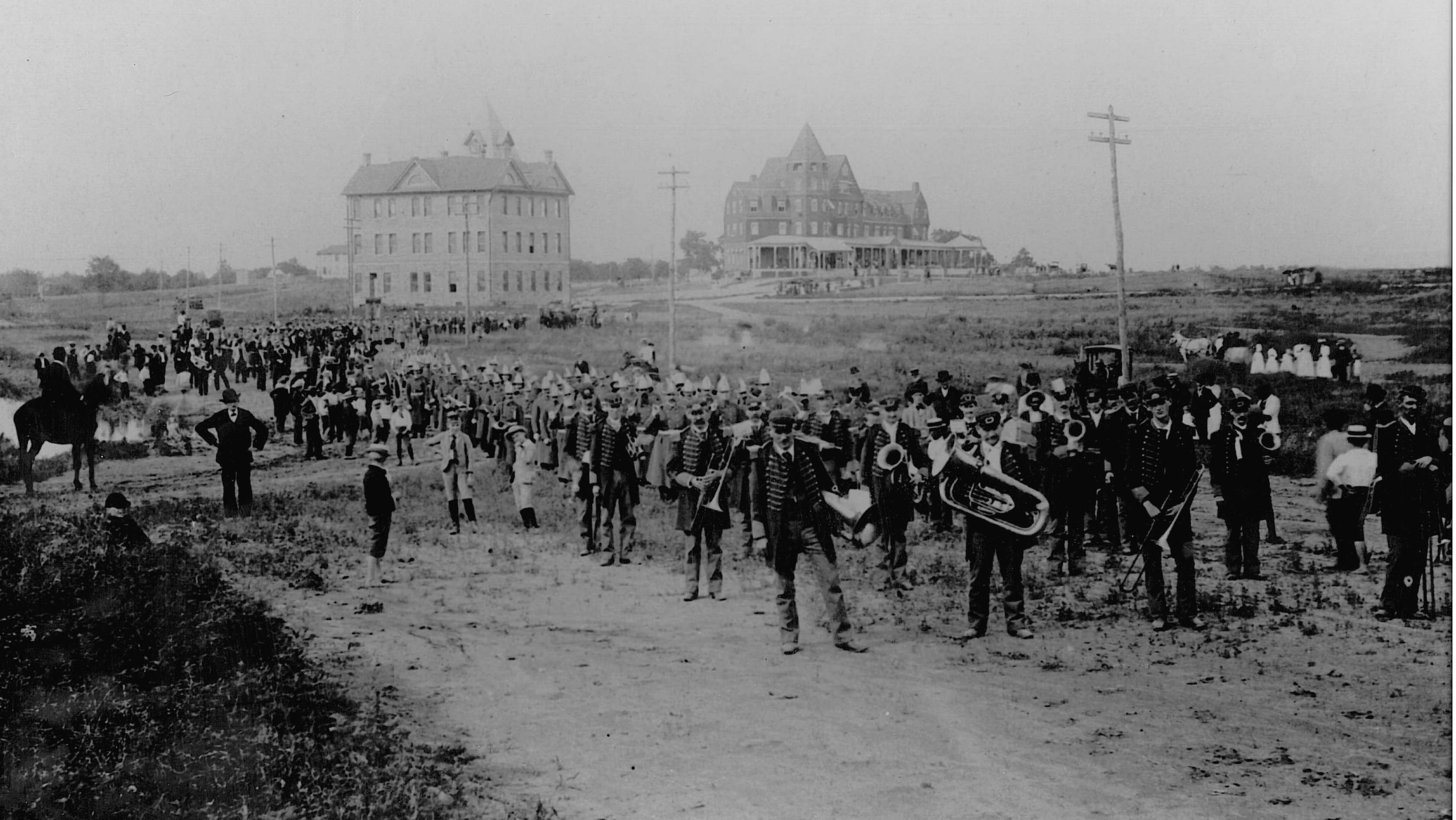 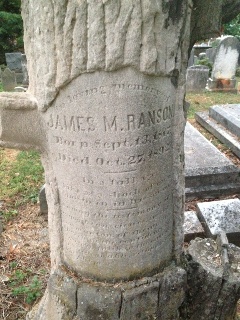